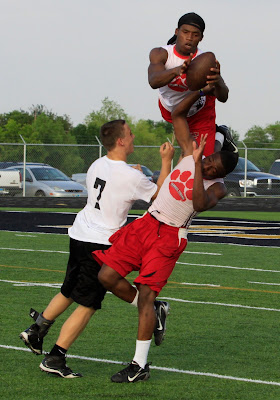 Terrell and Kaufman faced off in 7-on-7 action Tuesday night at Lions Stadium in a summer league hosted by Kaufman.

Here are a few shots from the games:


Made with Slideshow Embed Tool
Posted by Michael Gresham at 7:03 PM 0 comments

Congratulations to the Terrell High School Class of 2011. It is graduation day for Terrell High School seniors.. The ceremony begins at 8 p.m., but we recommend getting there plenty early for good seats and parking. Fireworks are planned for after the ceremony.
Posted by Don J at 7:20 AM 0 comments

Kaufman County Emergency Management Coordinator Steve Howie forwarded this info from the National Weather Service... Be prepared and be careful, folks.
The ingredients for a significant severe weather outbreak continue to come
together this morning, and we expect severe thunderstorms to develop across
western North Texas after 3 pm and move across much of
North Texas during the late afternoon and evening hours. While the
threat of severe weather exists over most of North Texas, the area of
greatest threat exists along and north of Interstate 20. All types of
severe weather will be likely today, including tornadoes, very large hail,
and damaging downburst winds. Long-track, strong tornadoes are
possible. In addition, localized flash flooding will be possible. A
multimedia web briefing will be available shortly on our web page, and a
graphic is attached depicting the threat areas today and tonight.

OVERVIEW/TIMING...An intensifying surface low pressure system over the
northern Texas Panhandle will move northeast as a powerful upper level storm
system moves across the southern and central plains states later today. The
atmosphere over North Texas is already very unstable and with daytime
heating the instability will only increase. The dryline, located over West
Texas this morning, will move east and serve as the focusing mechanism for
thunderstorm development by mid to late afternoon. This is expected to
occur roughly near or just west of a line from Olney to Eastland, Comanche
and Goldthwaite. Thunderstorms should become severe quickly and move
northeast at 35 to 40 mph, posing a challenge for mobile storm spotters. As
often occurs with supercell storms, the initial storm will split into two
storms, one that slows and turns to the right (east), and a left-moving
storm that then accelerates to the north-northeast and poses a very large
hail threat. Conditions today will favor a few splitting storms, and
spotters and emergency managers should be prepared for possible complex
storm evolutions for local warning purposes.

With time, initially isolated thunderstorms should merge into one or more
lines of storms while continuing to move northeast tonight. The primary
severe weather threat will then become damaging straight-line winds, with
tornadoes and large hail still possible. Rainfall may locally exceed 1 to 2
inches and will pose a risk of flash flooding.

On Wednesday, thunderstorms will be possible across eastern North Texas,
mainly to the east of I-35. There will be some threat for severe storms,
although the details are still uncertain and will be influenced by storms
today.

We will launch a special balloon sounding at 1230 pm to sample the pre-storm
environment. The Storm Prediction Center will upgrade northern portions of
North Texas to a High Risk later this morning and extend the moderate risk
area a bit farther south.

Thunderstorms starting in Terrell, severe weather expected by 12:10 p.m.
Posted by Don J at 9:50 AM 0 comments

Terrell will have two teams a summer 7-on-7 football league being hosted at Kaufman High School.

Games will get under way June 7 with each team playing two contests each scheduled game night. All games will be played in Kaufman with some at Lions Field and others on practice fields.

Terrell's No. 1 team is set to kick off the season at 6 p.m. June 7 against Scurry-Rosser while their second game of that evening will begin at 7 p.m. against Terrell team No. 2.

Teams playing in the league include two from Terrell, two from Kaufman, Scurry-Rosser, Mabank, Palmer and Eustace.

Below is a schedule for the season: 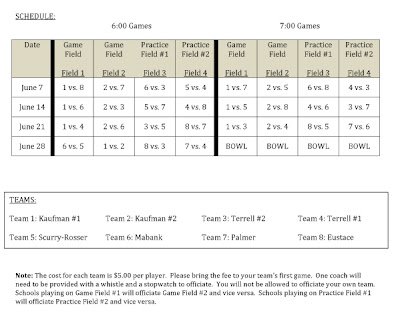 Also, the Terrell 2011 football season schedule has been announced. 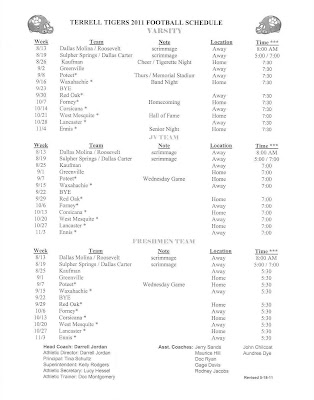 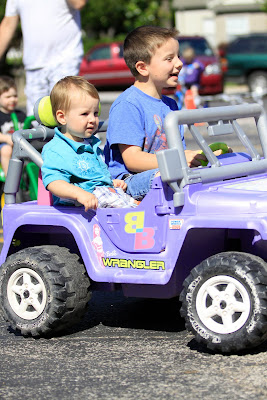 What do you do when Texas weather blesses you with temperatures in May like what we are seeing so far this week?

You get outdoors as often as you can.

A couple of area schools adhered to that advice this week.


Made with Slideshow Embed Tool

Then on Tuesday Methodist Day School had its field day.


Made with Slideshow Embed Tool

Enjoy the weather!
Posted by Michael Gresham at 9:22 AM 0 comments